Home About Us
J.P.S. JOLLY (JOLLY UNCLE)
JPS Jolly is a motivational author of 34 books till November 2018. He has contributed more than 1000 articles/stories in leading Newspaper of India on regular basis. He is an entrepreneur, a Key-note Speaker Graphologist and has done popular radio & TV shows on different channels, highlighting new perspective of positive life.
In his talk JPS Jolly talked about his real-life story that eventually made him a motivational writer. He is a blessed soul unto-self and stubbornly looks at the brighter side of life. 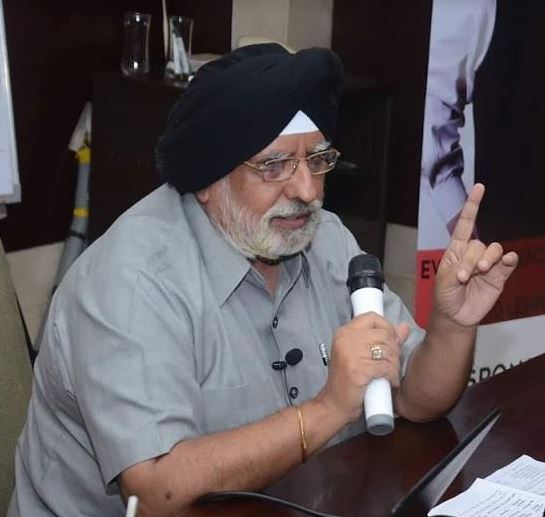 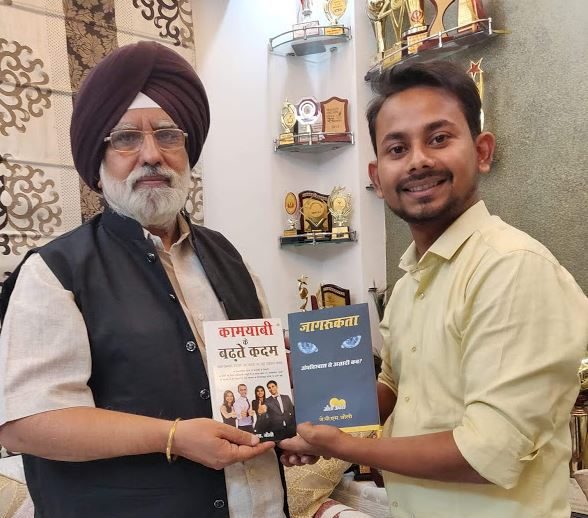 Where this man is today no one could have imagined 25 years ago. He was then engrossed in his small World, enjoying the bounties of life. Life was all beautifully fast paced, with frequent visits to Mumbai and other cities in business connection. He was the head of his ‘Cargo Clearance Company’ with twin offices in Delhi and Mumbai. Life was offering him the best one could think of. But as the fate would have been, his wife got diagnosed with ‘blood cancer’ of an advance stage. All attention got diverted to her treatments. But as that was not enough he too got inflicted with a dreaded disease, called DVT (Deep Venous Thrombosis) in medical terminology. DVT is the term used to describe a blood clot that develops within a deep vein body. Much riskier one, is the clot that occur in the lower part of the leg, thus affecting the circulation of blood to the heart pumping station. DVT can lead to major health problems. In some cases, it can be fatal. During the recuperation stage, Doctors advised complete rest and for any physical movement to use wheel chair. From a highly energetic, enthusiastic and active life style, a sudden development made him to ponder over the game plan of life. He was given few years to count with and to remain confined on bed and home. It is enough to make any person step into depression. Being a normal human being, he was no exception either.

Through his new found capabilities, he never stopped to think positive ever since those days and looking at the brighter side of life. His wife went on to live for next 22 years. He got married his two sons, one of whom got work permit in Canada and other opted to stay with him. His daughters-in-law proved more than the daughters to him. His budding grand-daughter is as talented as he himself is. She excels in classical dance and studies as well.

His pen name-‘Jolly Uncle’ itself holds an interesting story. He used to write a column in Newspaper. But one day the news composer could not find the name of the author of an article. Somebody said it has come from ‘Jolly Uncle’, unable to make it confirm due to urgency, he printed the name of the author as ‘Jolly Uncle”. Thus ‘Jolly Uncle’ came into being. Jolly Uncle today is a popular name in the book world. With God’s grace on his side, he is happy, energetic and active in his new found World of Literature. He is coming up with 35th book on the science and art of graphology. He has won more than 200 awards at national and international level. His books are translated in more than 11 different languages of India and are read World’s wide.

An award was instituted in the name of Jolly Uncle (Author of 35 Motivational Books and 1000 + articles) for best story teller in the MS Talks Conference. The proud recipients so for have been – Prachi Shika (Lucknow); Gurmeet Kaur Gill (Hoshiarpur); Shradha Wtb (Aara, Bihar); Author Sherry (New Delhi); Dinesh Mohan (New Delhi); Deepak Sharma (USA); Ranjeeta Ashesh (Delhi Cantt.). The Speakers were evaluated on the basis of content, topic selection, delivery, presentation and the ability to get connected with the audience. Though every speaker had his own real story to inspire, but the above speakers were found worthy of the award by the jury member unanimously.

25+
Years Of Experience
35+
BOOKS
150+
AWARDS
The mind set of such a person can well be imagined, either to take any extreme step or to surrender to fate, but nothing of that sort he allowed to happen. He switched over to the subconscious appeal to think positive, positive and positive. He conditioned his mind to think that everything is going to be set right and he will be right. While recuperating in hospital bed, he picked up pen and paper and started weaving positive stories. His short stories found favour with “Punjab Kesari” Newspaper and other dailies and Hindi magazine.
error: Content is protected !! Contact at [email protected]